Home / Pregnancy / Can some birth control pills cause blood clots?

Can some birth control pills cause blood clots? 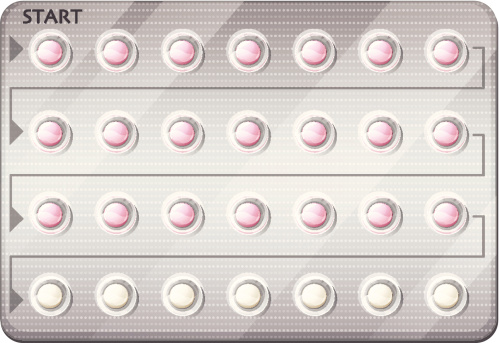 Newer versions of birth control pills such as Yaz, Yasmin and Desogen are more likely to cause blood clots than older versions, according to a recent study published in The British Journal of Medicine.

In order to assess venous thromboembolism (a type of blood clot) risk in women on both older and newer-generation pills, researchers analyzed data from 10,000 women from 2001 to 2013. Using the collection of data, researchers found 5,062 cases of VTE among women 15 to 49 years old. Women who didn’t have a blood clot in the same year, but were similar in age and treated at a similar medical practice, were compared to the control group.

“This association is between 1.5 and 1.8 times higher for the newer formulations,” said lead author Yana Vinogradova, a research fellow in medical statistics at the University of Nottingham – U.K., in a news release.

Other risk factors for a blood clot including smoking, alcohol consumption, race, body mass index and other health problems were taken into account with the test subjects.

“While [blood clots] are a relatively rare problem, they are serious and potentially avoidable with the appropriate drug choice,” Vinogradova said.

Experts emphasized that this is was an observational study and that no definitive conclusions can be drawn about cause and effect.

“The findings address important questions about the risk of venous thromboembolism in women taking oral contraceptives, concluding that the risk is around two-fold higher than the risk associated with older contraceptives,” professor Susan Jick said in an accompanying editorial.

Vinogradova suggests doctors should consider the risk of blood clots when prescribing the birth control. And since there are different formulations available, doctors should also monitor their patients for any potential symptoms of poor circulation and switch to other formulations if needed.

“Several of the newer oral contraceptive formulations do contain progestin that shows a small, but measurable increased risk of VTE,” says Dr. Brad Epstein, obstetrician – gynecologist at Advocate Sherman Hospital in Elgin, Ill. “However, the individualized risks vary considerably among patients so that is why one-on-one counseling is so important in choosing the birth control brand that is right for you.”

According to the Center for Disease Control and Prevention, in the United States 62.7 percent of the 60.9 million women aged 15-44 are currently using contraception.