The harmful effects of hookahs 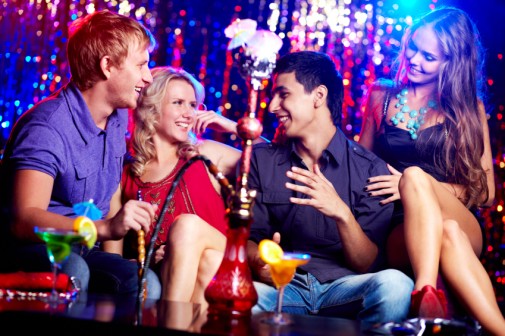 Cigarette smoking rates continue to fall in the U.S., but many people are turning to hookahs, or shared water pipes, as their tobacco alternative.

New findings suggested hookah smokers are inhaling a large mix of potentially dangerous toxic substances. Researchers from the University of Pittsburgh discovered that a typical hookah session delivers about 125 times the smoke, 25 times the tar, 2.5 times the nicotine, and 10 times the carbon monoxide of a single cigarette.

“These findings really throw up a red flag around hookah smoking for everyone to pay attention to,” says Dr. Asad Zaman, internal medicine physician at Advocate South Suburban Hospital in Hazel Crest, Ill. “Anyone who thinks that smoking a water pipe is a safe alternative to cigarettes really needs to understand what they are putting into their bodies, and what amounts.”

Dr. Zaman says that this new information is particularly impactful for younger people.

The U.S. Centers for Disease Control and Prevention recently reported that, for the first time, past 30-day use of hookah tobacco was higher than past 30-day use of cigarettes among U.S. high school students. And, about a third of U.S. college students have smoked tobacco from a hookah when most of those students never used other forms of tobacco before.

“It’s great that kids seem to be getting the message that cigarettes are very bad for their health,” says Dr. Zaman. “But, everyone needs to know that hookahs and other forms of smoking come with their own set of dangers, some of which are worse than cigarettes.”

The study authors acknowledged that comparing a hookah session to smoking a single cigarette is a complex comparison to draw. They noted, for instance, that a regular cigarette smoker may smoke 20 cigarettes per day, while an everyday hookah smoker may only join in on a few hookah sessions per day.

But, they said the research still highlights some important health information for smokers.

“It’s not a perfect comparison because people smoke cigarettes and hookahs in very different ways,” lead author Brian A. Primack, M.D., Ph.D., assistant vice chancellor for health and society in Pitt’s Schools of the Health Sciences, said in a news release. “We had to conduct the analysis this way—comparing a single hookah session to a single cigarette—because that’s the way the underlying studies tend to report findings.”

Primack also said that he estimates they cannot definitely say hookah is worse than cigarettes, “but what they do suggest is that hookah smokers are exposed to a lot more toxicants than they probably realize.”