Home / Brain & Neuro / Could drinking this improve your brain function?

Could drinking this improve your brain function? 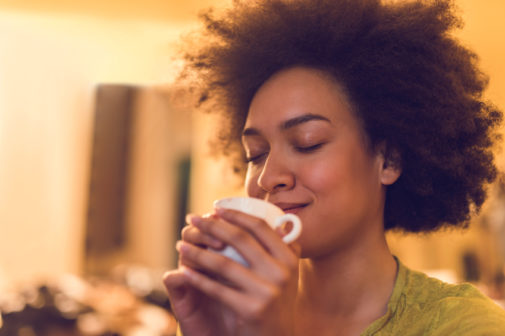 You’ve likely heard that tea may have health benefits, including improving mood, preventing heart disease and even reducing cognitive decline. Most notable was a 2017 study that showed daily consumption of tea can reduce the risk of cognitive decline in older persons by 50% – and as much as 86% for those genetically at risk of Alzheimer’s.

What does this mean? Brain regions are associated with healthy cognitive function. The scientists say the study’s results provide the first evidence that tea contributes to brain structure, suggesting it has a protective effect against age-related decline in brain organization.

In the study, the researchers examined 36 adults aged 60 and above and gathered data about their health, lifestyle and mental well-being, as well as conducted magnetic resonance imaging (MRI) and other tests. They discovered that individuals who drank green, oolong or black tea at least four times a week for about 25 years had brain regions that were interconnected more efficiently.

Dr. Kara Hayford, who specializes in geriatric psychiatry at Aurora Behavioral Health Center in Sheboygan, Wis., agrees with the researcher’s example of road traffic to explain the results. Like an organized road system where traffic can move more quickly, brain regions that are more organized and interconnected can process information more efficiently.

“The brain is an amazing network of activity, working around the clock to transport information where it’s needed,” says Dr. Hayford. “We all need to maintain those roads the best we can, filling in pot holes and brushing aside gravel. Efficient connections help us bring in our full life experience as we move through each day and evaluate new information. Healthy habits can maintain the small but critical brain highways as well, not just the interstate.”

As with other research efforts, more studies are needed to better understand brain function.

“Adopting some of the same healthy habits that are good for us in general can also lower the risk of cognitive decline as we age,” she says. “Exercising, eating healthy, not smoking, learning something new, managing stress and connecting with others can all help.”

← Did the Chicago marathon inspire you to give it a try? Read this
Here’s why a doctor says vaccines are critical →