The potentially deadly consequences of getting water up your nose 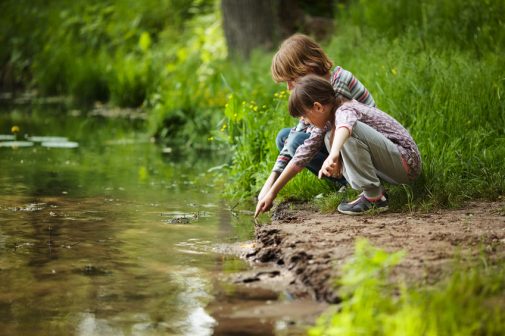 With summer in full swing, many people are flocking to local beaches and ponds to take a dip. Amidst the fun, swimmers may get water up their nose, causing a burning sensation and, sometimes, sneezing. But the danger isn’t always over when the discomfort subsides.

Deadly organisms may be lurking in your local watering hole.

A freshwater-dwelling organism known as Naegleria fowleri, commonly referred to as the “brain-eating amoeba,” is responsible for the recent death of an 18 year-old Ohio teen after a white-water rafting trip in North Carolina.

The amoeba, found in freshwater across the U.S., causes amebic meningoencephalitis, a condition in which the covering of the brain and spinal cord swells due to the infection. The organism travels through the nose up the nerve tissue and into the brain, where it is nourished by the brain.

Symptoms of the infection present around five days after nasal exposure to the organism and may include headache, nausea, vomiting and fever. Death, which does not occur from oral intake but from nasal ingestion, normally occurs up to 18 days after symptoms begin.

According to the Centers for Disease Control and Prevention (CDC), the U.S. faces between zero and eight cases of parasitic amoeba infections every year, with 37 being registered from 2006-2015. Although they are extremely unlikely, almost every case is fatal.

“The amoeba is found in warm/hot freshwater, including lakes, rivers and hot springs,” says Brian Walesa, Director of Epidemiology and Infection Prevention at Advocate Christ Medical Center in Oak Lawn, Ill. “It seems that large lakes, such as Lake Michigan, aren’t affected by this bug, since the organism likes hot water, which tends to only be in smaller bodies of water. Most cases occur in the South, although more recent cases have been reported in Minnesota and Ohio.”

Walesa says that while rare, the infection is frequently related to water sports.

“On top of that, the organism lives in the sediment, on the floor of these water sources, so kicking up sand or swimming deeper could be additional risk factors,” he says.

There is no cure for amebic meningoencephalitis, but the CDC suggests keeping your head above water and using a nose clip or holding your nostrils shut with your hands while swimming and participating in other water activities.

“Of course, the only fool-proof way to avoid becoming infected is to avoid water-related activities in warm freshwater,” Walesa says.

For more information, check out this CDC fact sheet.

← Moving toward health equity for the LGBTQ community
Is showering every day detrimental to your health? →