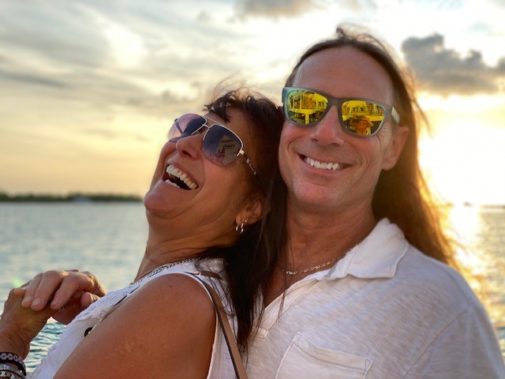 Gina Wiener and her husband were heavy smokers for 30 years. It took them another decade to finally quit.

“I was in the Army for 10 years; everyone smoked,” says Gina. “Quitting was a long and difficult process, but I finally stopped for good in 2011.”

Because of her history, her primary care physician recommended a lung cancer screening at Advocate Lutheran General Hospital. Gina fit the criteria laid out by the American Cancer Society.

“As an ex-smoker, there’s obviously a fear of lung cancer,” she admits. “So, my husband and I decided we’d do the screening together.”

The results of her husband’s screening were clear, but there were two nodules on Gina’s lung. Dr. Axel Joob, thoracic surgeon, decided to monitor her for six months.

“Lung cancer screening is very important. It is clearly a way to find lung cancer early in at-risk patients. Multiple studies have shown that lung cancer mortality rates improve 20 to 30% in patients who had the screening,” Dr. Joob explains.

After six months, Gina had a second scan which showed the nodules had grown. Dr. Joob recommended surgery with the minimally invasive robotic surgery team at Advocate Lutheran General Hospital. The surgery was completed successfully with only an overnight stay. That’s when Gina found out the nodules were the beginning stages of cancer.

Gina is now a vocal advocate for lung cancer screening.

“I work with a lot of men who are ex-smokers, and I give them informational brochures and encourage them to go,” she shared. “There aren’t any nerve endings in your lungs, so oftentimes you don’t know anything is wrong until it’s too late. I lost two friends to lung cancer.”

“I’m just so grateful my doctor brought it up and my husband and I were able to get the screening. I might not be here today if I hadn’t had it.”

If you are between 55 and 77 and currently smoke or quit within the last 15 years, click here to learn more and connect with a nurse navigator who can help you determine if a lung screening is right for you.

← What you should know about protein powder
Is your child getting enough of this in their diet? →

Tami Hughes is a public affairs coordinator for Advocate Aurora Health. She attended college at the University of Miami and loves watching her Hurricanes play just about anything. She enjoys cooking and going to concerts with her husband. Her heart is made happy by her children, Neenah and Jack, and her dog child, Rizzo.