Just one meal high in saturated fat may affect your concentration 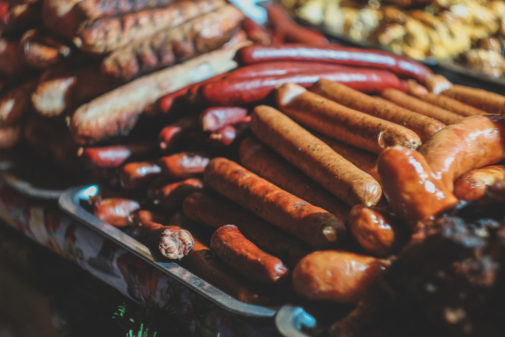 We all know limiting foods high in saturated fat is healthier for us. Saturated fats are considered bad fats and can adversely affect our cholesterol and increase our risk for heart disease, stroke and diabetes.

But what about indulging in just one high-fat meal? One juicy bacon cheeseburger and a few French fries couldn’t be that bad, right? Especially in these times when we’re more at home and may be craving some fatty comfort food.

You may want to think again. And “think” is the key word here.

Research published in the American Journal of Clinical Nutrition reported that eating just one meal high in saturated fat may alter your focus and concentration.

A total of 51 women, average age 53, participated in the crossover study. They completed a concentration test one hour before eating either a high-saturated-fat meal or a high-sunflower-oil (good fat) meal. The women took the test again five hours after the meal. A few weeks later, the women did the same thing but ate the other meal.

The concentration test measured sustained attention, concentration and reaction time based on 10 minutes of computer-based activities. Meals consisted of eggs, biscuits, turkey sausage and gravy, but varied in the type of fat. Both versions contained 930 calories and 60 grams of fat with 60% of total calories from fat, simulating a fast-food meal.

After eating the meal high in saturated fat, all study participants on average performed 11% poorer on the concentration test.

“These findings seem to show that a single meal high in saturated fat can impede a person’s attention compared with an identical meal high in monounsaturated fat,” says  Dr. Manju Kanikunnel, a family medicine doctor from Aurora Health Center in Sheboygan, WI. “And because each participant consumed both meals during the study, variability between individuals or genetics did not come into play.”

The researchers also analyzed the participants’ blood for signs of endotoxemia. Sometimes referred to as leaky gut, endotoxemia is an inflammatory condition caused by toxins seeping through the intestines into the bloodstream.

Women with signs of endotoxemia performed poorly on the concentration test no matter which meal or type of fat they ate. Their response times were more erratic and they were less able to sustain their attention.

“These results support previous studies that report routinely eating a high-fat diet can impair a person’s cognitive ability,” Dr. Kanikunnel says. “Incorporating more vegetables and fruits and less fat in your meals is not only healthier for you physically, but it may mentally as well. And during these times with many people stressed or working from home, it may help you stay more focused.”

Take another important step to a healthier you. Take a quiz for your heart health or stroke risk.