What should you take away from the latest guidelines on salt 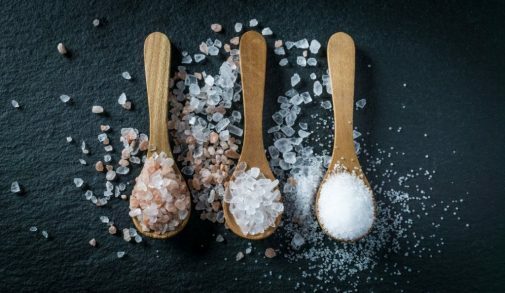 Too much salt in American diets is a well-known link to heart disease, high blood pressure, diabetes, obesity and other serious health issues, so the FDA recently released new guidelines about how much of it should be in our food.

The new guidelines are aimed at restaurants and processed food, because that’s where people get the majority of sodium in their diets. Home cooked meals tend to have less.

And people want less. A poll done by the American Heart Association showed that 75% of Americans want less sodium in the prepared food they buy.

Americans average 3,400 mg of sodium each day.  The ultimate goal for most Americans is to get this amount to 2,300 mg per day or less.  Those with health conditions such as heart disease, high blood pressure, diabetes, and kidney disease should aim for even less — usually less than 2,000 mg per day, sometimes even under 1,500 mg per day.

It might not always be easy to cut back. It might take some time for your taste to adapt to less-salty food. But it’s important to try. Here are five simple tips that might help.

Even if you’re a self-described salt-a-holic, you can follow the above tips to slash sodium gradually. Pretty soon you’ll be saying: “ Food is too salty now!”

← Is showering every day detrimental to your health?
6 steps you can take to help avoid catching the flu →