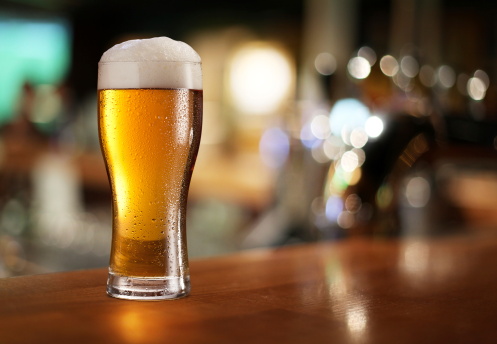 Craft beer may draw your attention because of the wide variety of flavors, brightly colored labels or higher levels of alcohol content, but are they healthier than mass-produced beers?

The main differences between craft beer and mass-produced beer, according to the Brewers Association, is that craft beer emphasizes flavor and quality. Craft beer breweries have traditional methods to brewing and are typically smaller and independently-owned. “While it might seem like mass-produced beers would be lower in nutrients than their small-batch counterparts, that’s not the case,” said Charlie Baumforth, a professor of brewing science at the University of California, Davis.

And while beer is not the first thing that comes to mind when you think “healthy drinks” that doesn’t mean it is totally lacking in health benefits.

According to a research study by the Journal of the American Society Brewing Chemists, beer contains vitamins and some prebiotics. “Prebiotics are natural, plant fibers that are non-digestible by the body. They are present in the diet and function as a fertilizer for probiotics,” according to News Medical.

Of course, it’s likely not advisable to start consuming beer for its health benefits. But if you are deciding between craft and mass-produced beer, Kelly Hogan, a clinical nutrition coordinator at the Dubin Breast Center of the Tisch Cancer Institute of Mount Sinai Hospital says one factor is key. “ABV [alcohol volume] is the most important factor to look for because beers with higher ABVs are typically higher in calories,” she says. Craft beers, like IPAs, tend to be higher in ABV which means they could have more calories than mass-produced beers.

While the verdict may still be out on what type of beer is the best for your health, one thing is certain: keep an eye on moderation.

“It’s important to follow the 2015 Dietary Guidelines when it comes to drinking alcohol,” says Melodi Peters, a registered dietitian at Advocate Good Shepherd Hospital in Barrington, Ill. “While there may be prebiotics in beer, drinking should be done in moderation and only when combined with a healthy eating pattern and regular exercise.”

← Suicide now the second leading cause of death for teens
Can early bedtimes for kids prevent weight gain later? →