Home / Feature story / Is your child getting enough of this in their diet?

Is your child getting enough of this in their diet? 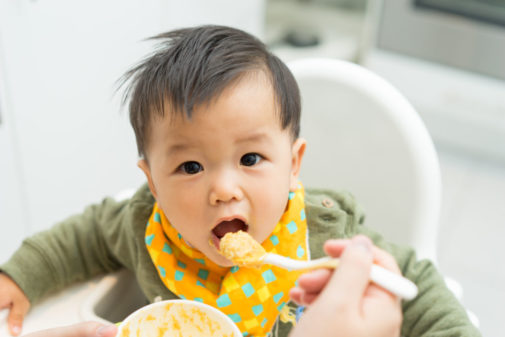 Iron is an essential nutrient for growth and development, so it’s important that parents pay attention to their child’s iron intake. But iron deficiency in children is a common problem.

The Centers for Disease Control report that 43 percent of children younger than the age of 5 have insufficient iron in their diet. Because iron is needed for red blood cell production, iron deficiency commonly includes anemia, which can range from mild to severe.

Although babies are born with some stored iron, it is quickly depleted. During the first year of life, infants typically triple in weight and need to acquire a significant amount of iron to meet their needs. By about 6 months of age, it becomes important to introduce solid foods, both as a way to begin the transition to a mature diet and as a way to supply adequate amounts of other nutrients like iron. Over the first year of life, children should become less dependent on milk for overall nutrition.

Introducing iron-fortified baby cereals early in this transition is an important way to begin making sure an infant is getting sufficient iron. Other solid foods, including meats, become another important source later in the first year. For vegetarian families, iron needs to come from multiple sources like peas, beans, lentils, dark green leafy vegetables and other foods.

Children who are iron deficient often develop anemia over time. Symptoms like paleness, low energy, fatigue, inattention or irritability may occur. Many children display few obvious symptoms, and the condition can evolve very gradually and not be readily noticed. Pediatricians screen for iron deficiency by using a combination of dietary questions and blood tests. Additional tests may be needed if a problem is suspected.

Iron deficiency can occur in older children as well. Children of any age with a poor diet (not taking meat or other iron-containing foods) may become iron deficient. Excessive menstrual bleeding in young women is another common cause of iron deficiency and anemia. Symptoms, including fatigue or fainting spells, can sometimes bring the issue to light.