Home / Repurposed Story / Why is it so hard to lose weight?

Why is it so hard to lose weight? 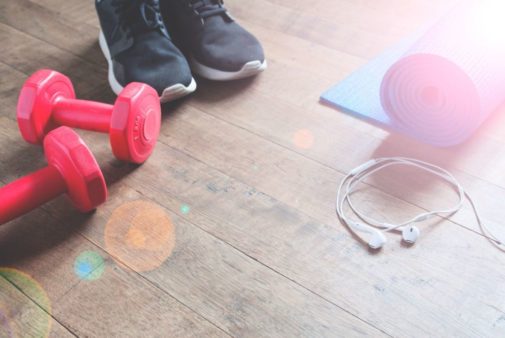 So you’ve started a new exercise regimen or embraced some trendy diet to try shedding some pounds. Yet when you step on the scale, your weight hasn’t budged.

A recent Duke University study published in the journal Genome Biology and Evolution describes new evidence about our tendency to hold onto our fat cells. Unlike other primates, the clustering of certain sections of our DNA prevents us from effectively switching on and off genes that help us convert our fat cells (specifically our white fat cells) into usable energy. And for most of our evolution, that’s been a good thing.

“Clearly the language of our DNA has spoken and allowed us to survive famines and peril to bring us to today,” reports Dr. Allen T. Mikhail, a bariatric surgeon at Advocate Christ Medical Center in Oak Lawn, Ill. and Advocate Good Samaritan Hospital in Downers Grove, Ill. “Although we don’t appreciate our white fat cells now, without the capacity to store energy in the form of fat, we would have likely been unable to survive millions of years.”

It means some of the extra padding we carry make us – in the words of Devi Swain-Lenz, a postdoctoral associate who worked on the Duke study – “the fat primates.”

In contrast, the biology of other primates gives them better access to the segments of their DNA that allow them to switch between storing fat and consuming it. As a result, these primates have body fat percentages that average around 9%, while ours weigh in between 14 and 31%.

But it’s not all bad news. During the millions of years since we parted ways with the chimps on the evolutionary roadmap, our brains have grown three times as big while those of our primate cousins haven’t grown at all.

“It’s unclear why our DNA is packaged this way. But finding a way to turn the gene on or off either from leptin (a hormone that affects hunger), consistent movement, exposure to cold temperatures or other means is the interesting question,” Dr. Mikhail says.

“Now in the land of plenty,” he says, “it does not make sense for our bodies to store energy in this way.” He also notes that the ability to convert fat cells into heat would be “most beneficial for our obese society.”

In the meantime, there are other options.

We can convert fat to energy through movement or a consistent exercise program. Yet exercise alone doesn’t work for everyone

“This study moves us closer to understanding the complex mechanism of obesity in humans. But there is not one cause for obesity, nor is there only one solution,” Dr. Mikhail says.

“The science and study of obesity continues to improve, and we continue to learn more about our bodies and the causes of obesity,” he says.

As for fad diets or exercise trends, Dr. Mikhail has one thing to say: “Do not be deceived.”

And despite periodic bouts of wishful thinking, that’s something most of us realize. After all, we may be the primate that’s predisposed to store fat instead of burning it, but we’re also the smart ones.

← Tired? Try this instead of caffeine
Her questions about Marfan syndrome are finally being answered →